If you’re interested in building more muscle and strength, you’ll want to be sure to pay attention to this post!

I want to let you in on something BIG…

More importantly, it’s for those SERIOUS lifters out there that are sick and tired of their plain old bodybuilding lifting routines.

If I got your attention, hold up just a second as I’ll have more on that program in a sec…

Before I get into this new 12 week program I built, I want to get into one of the main influences I had to help create this amazing program.  The influence I speak of is none other than the late, great, Iron Guru himself, Vince Gironda… 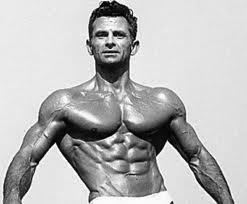 The truth is, I’ve been getting so fired up ever since I started doing more research on him a few months back! This guy was a complete badass!

If you haven’t seen them yet, I’ve done a few past blog posts about Vince you can read up on by just clicking on the links below:

It’s evident Vince was a man before his time when you look back at some of the things he preached upon when he was training his clients, many of whom were famous movie stars and pro bodybuilders.

See these physiques he helped train: 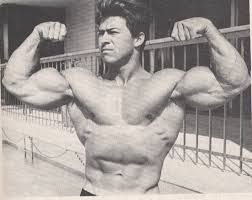 Vince trained against the grain and he was highly unconventional with his methods. As I stated above, he was way before his time.

The main reason it gets me so jacked up when I read about his views and beliefs is because I align with a lot of the same believes he had.

He was also highly against the use of drugs and  the use of steroids.  He believed and proved it was quite possible to build a strong and ripped body without the use of synthetic muscle building drugs.  CHEATERS NEVER WIN!

The bottom line – there are NO shortcuts, just HARD WORK.   This is the TRUTH!

So, with the above points being made, I want to talk about why I created this new 12 Week Muscle Building Program.

I created it mainly because recently, I’ve been so inspired by the Iron Guru and what he did during his time.  I’m super inspired by his story, general history, and just the overall philosophy he had when it came to building muscle and getting ripped.

Even though I’m not a bodybuilder or have no interest in doing another bodybuilding show, I’ll always be a student of building more muscle, strength, and improving your physique.

Another reason I created this new program is for all those serious lifters out there that enjoy bodybuilding but, want a new spin on training to gain muscle.

Forget about training like your typical bodybuilder – it’s time to train like an athlete – strong, powerful, and explosive while also getting HAAAUUUUGEEE!

I split this program up into 12 weeks of work phases mixed in with 1 week recovery / off weeks.

The progress and results you’ll see will be beastly…

I’m NOT selling this program rather, I’m going to be giving it away as a SPECIAL BONUS REWARD to those that choose to better their knowledge for building muscle and getting strong by investing into the soon to be released Vince Gironda – Legend and Myth Book, which is a 334 page Manual.

The new Vince Gironda – Legend and Myth Manual is packed full of Vince’s unique views and proven methods on how to build more muscle, shred more fat, and live healthier while doing so.

It’s filled with tons of OLD SCHOOL Bodybuilding methods that simply blew me away when I first read them.

On another important note – This is NOT a workout program!  It’s the most complete and comprehensive writing on Vince Gironda ever!

It’s a novel on building muscle and getting shredded!

I’ll be sending out a SPECIAL LINK tonight at 11:59pm so if you’re NOT on my email list quite yet, you may want to join HERE…

I just can’t wait to unleash this and I can’t wait for you to see all of the powerful nuggets of pure gold that are inside the new Vince Gironda – Legend and Myth Manual!

DROP A COMMENT ABOUT YOUR FAVORITE TIP ABOUT VINCE GIRONDA BELOW!