The secret to getting stronger is to work on your weaknesses. 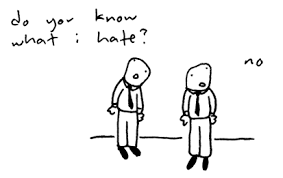 Well, actually few things I can think off…

I absolutely HATE training these movements!

Because they are my weaknesses.

You’re only as strong as your weakest links… 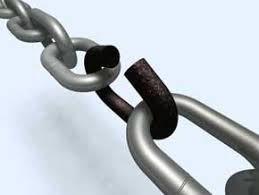 This can’t be further form the truth…

I spent much of my younger years training like a body builder and now I have super tight hips and a tight lower back.

Movements like front squats and pistols are extremely tough so when I train these movements I get frustrated.

I’ve been steadily improving as I’ve been adding these movements in my workouts just about every time.

I know in time I will improve, but I must be patient.

Athletes generally hate training movements they are weak in.

Of course, I love to press, pull ,and deadlift because I’m strong in those movements.

Most other people like to do these movements as well.  These are movements athletes are commonly strong in.

What athletes need to start doing is instead of constantly trying to get their strong lifts stronger, to attack their weaknesses.

Do the things you HATE to do.

Once you start to love what you HATE, you’ll be that much more stronger because you’ll be better.

A resource I highly recommend that has really opened my eyes is a HARDCORE bodyweight training manual called Convict Conditioning.

I was turned on to this book about 8 months ago and it has changed my training and results immensely.

I found out more about where I was weak!  With bodyweight movements!

First of all, the author, Coach Paul Wade is an ex-convict and wrote much of this book while he was behind bars! 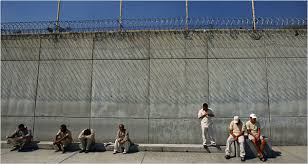 You don’t get much more HARDCORE than that!

Shoot, if you’re behind bars, you don’t have much other things to do then to stay alive and get strong!

Your survival is based primarily on your strength!

If you’re weak, you will be picked on and CRUSHED!

That goes for in sports as well!

Back to talking about weaknesses…

The fact is, most people’s weaknesses are created when the choose to neglect basic bodyweight movements or just never get strong and efficient at them in the first place.

Most athletes skip right to barbell and other weighted movements and then end up resorting to poor form which then further increases weaknesses.

This is NO good!

Convict Conditioning is a SICK source for those that don’t have access to equipment and a gym.  Everything in the book is bodyweight based and the movements are absolutely insane!

Everything is laid out in proper progressions and regressions.

My deadlifts, front squats, pistols, and overhead squats have all improved a ton after implementing some of the movements laid out in this book.

And all I did was improve my bodyweight strength in certain movemetns I was WEAK in before!

If you’re serious about getting strong, especially with bodyweight, and YOU have weaknesses, (which I know you do) this book is the FOUNDATION of your overall strength and performance.

This is the hands down the TRUTH!

I’m going to be breaking down some of the movements from the book here in the next few days so stay tuned!

I already hit on 1 Arm Push Ups in my last post.

I see a 1 Arm Push Up Contest in the making….

Let’s get after it and attack!!

It will change you LIFE and STRENGTH!