This is the final installment of How To Become A Complete Badass Mo Fo!

If you missed them, here you can find part I and part II

11) Train with sandbags and other odd objects

Training with barbells, dumbbells, and kettlebells are great but what about objects that are oddly shaped, shift around, and are hard to grip properly??

Ah!   My great buddy and mentor Zach Even-Esh introduced me to sandbag training and ever since then I haven’t been able to put the damn things down!

Sandbags, kegs, and other oddly shaped objects are great for increasing strength and conditioning.

It takes a different breed of person to throw around some heavy sandbags, lift, carry, or throw kegs every now and then.

It takes a badass Mo FO to do it on a consistent basis!

Sandbags and other oddly shaped things TEAR YOU UP!

I would recommend at least 1 day per week including some sort of sandbag/ odd object training being implemented into your training session.

Actually, I don’t recommend that, I REQUIRE that to be considered a badass MO FO!

Follow direction and make sure to have some odd objects laying around to play with!

Did I mention how important having the right mindset is???

It’s so important I added it again as a reminder to you to have your f**king mind right!

Be laser focused in on what you want to do and be a freaking S.O.B. and get after it! 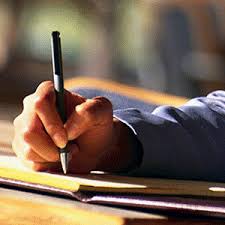 I had to hit on goal setting once again as well because it’s that important and honestly, if you’re too damn lazy to write out or even re-write out your goals every once in a while, you shouldn’t expect to accomplish many of your goals.

Just make it a habit to re-write all of your top 5 goals before you hit the sack each night.

It will help you re-focus on what’s important and maybe even have your re-evaluate what it is you truly want.

14) LEARN and Surround yourself with other “badass’ ”

They say you resemble the 5 closest people you hang out with most.

So if you hang out with lazy, excuses making people that are negative about life all the time and are afraid to make things happen, you’ll be the same way!

You’ll all have similar type jobs, health, and bank accounts.

But, if you surround yourself with positive, driven, motivated, NO EXCUSES living Mo Fo’s, you’ll be just like them and maybe even better!

Make sure you surround yourself with like-minded people or simply put, find other people that also want to be a “badass MO FO”.

One of the things that changed my life was when I traveled to New Jersey and learned from one of the BEST Hardcore Coaches out there, “The Underground Strength Coach” himself – Zach Even-Esch.  The dude knows his stuff and I apply many things he taught me to my training style today!

Another Badass Mo Fo I learned a ton from, is Jason Ferruggia.  There must be something in the water in Jersey because they breed badass’ out there!  A killer resource to look into is Jason’s Muscle Gaining Secrets training manual.  I would check it out for some good stuff!

I apply a ton of stuff to how I create my own training programs through what I’ve learned from his book!

Here’s the bottom line; you need to be around people that will push, motivate, and inspire you.

People that don’t understand or aren’t willing to do the things necessary to be a badass will just bring you down.

You can always try to change people’s mindset to be more like you BUT, if they don’t listen, ditch em!

Last but certainly not least, is to always be ready for BATTLE!

No matter what the situation is, you got to be ready for war!

This goes for in the weight room, on the field, off the field, in school, in the office, or where ever it is, you need to be a soldier!

Have the right attitude and be ready for anything.

This is basically combining EVERYTHING I just spoke about above and combining it all together into a LIFESTYLE.

You need to be a healthy, strong, passionate, driven, motivated, and UNAFRAID person.

Let life happen by going after it and NOT waiting around wishing it will come to you!

You have a life that was given to you in which you have the ability to do whatever you want with it.

For that, go to battle for your life and fight!

Train for war, be ready for ANYTHING life throws your way!

Train like your life is on the line every time and you’ll be just fine!

Those are my keys to becoming a complete badass MO FO!

Hope you enjoyed and apply them to your own life in some way shape or form.

PS- Make sure you leave your comments and IF you plan on living like a complete badass, don’t do it alone and join me and be apart of my League of Hardcore, Mean, No Excuses Living Mo Fo!